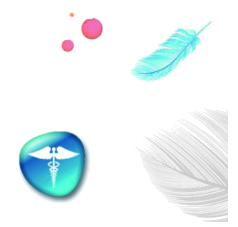 TREATMENT OF PSORIASIS: Psoriasis is an autoimmune disease which is inherited. It is not contagious from person to person (as is wrongly believed).

It mainly appears on the elbows, knees and scalp, while it can also appear on any other part of the body.

It usually manifests itself in the form of erythematous plaques, which are covered by silvery scales and located in various parts of the body.

It mainly appears on the elbows, knees and scalp, while it can also appear on any other part of the body. The severity of the condition can vary greatly.

Psoriasis affects approximately 2-3% of the population and is as common in men as in women. It can appear at any age, but in most patients it appears in their twenties. The highest frequency of occurrence is observed at the end of adolescence and around twenty, while the second highest frequency of occurrence of psoriasis is observed around fifty.

Today, the factors that aggravate psoriasis are known, with mental stress playing a major role. Also certain lifestyle habits are burdensome such as alcohol consumption, obesity and smoking. Specific drugs can also aggravate or even be considered suspicious for the manifestation of psoriasis, while the condition is disturbed and flares up with friction and in general mechanical abuse of the lesions

The duration of the disease can vary, but in most patients alternating periods of remissions and relapses continue for many years or throughout their lives

The treatments are divided into local (creams, lotions, shampoos) and systemic (pills), while now for difficult cases that do not respond to conventional treatments, we also have the most modern therapeutic means of injectable biological treatments

By receiving the appropriate treatment, depending on the current state of the disease, psoriasis patients can have a very good quality of life and learn to live well with the condition!