COMMON ACNE: THE PSYCHOSOCIAL AND PSYCHOLOGICAL EFFECTS OF THE DISEASE

Home AESTHETIC DERMATOLOGY COMMON ACNE: THE PSYCHOSOCIAL AND PSYCHOLOGICAL EFFECTS OF THE DISEASE 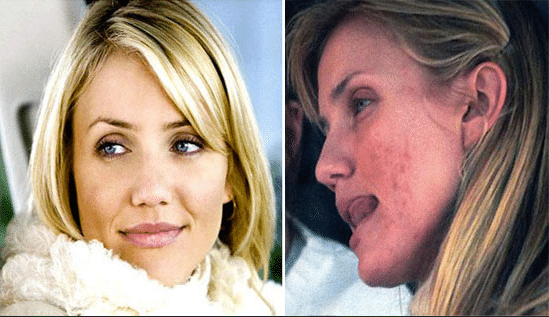 THE acne it is a very common disease and the possibility of causing significant psychological effects was first described at least 55 years ago.
"There is no disease that causes more psychological trauma, inability to adapt between parents and children, more general insecurity and feelings of inferiority and more mental anguish than common acne."

1. Acne and treatment of acne scars  is the main reason for visits to the dermatologist.

2 Although most cases appear in adolescence (70% -87%), it can often continue into adulthood. 3 Acne can affect any age group, and those with post-adolescent acne are the ones who are increasingly visiting a dermatologist's office in search of treatment. In one study nearly 18% of women were found to have late-onset disease, with onset after the age of 25 years.

4. The number of adults with acne appears to be increasing, although the reasons are unclear.

5 Although acne appears to be simply a cosmetic problem, its effects can be much more serious, causing a heavy emotional and psychological burden for patients.

Teenage acne
Teenagers are psychologically more vulnerable. They are sensitive to the changes that occur in their body and appearance. Acne usually affects young people at a time when they are undergoing the greatest psychological, social and physical change. Studies have shown that acne appears to reduce adolescents' quality of life and affect their overall self-esteem.7,8 30% -50% of adolescents experience psychological problems associated with their acne, 8 and although the interaction is complex it may relates to developmental issues of body image, socialization, and sexuality.
Acne is the most common visible skin disease in teenagers. Unlike most other dermatological conditions that may be limited to areas covered by clothing, acne is often visible on the face further affecting body image and socialization issues. Therefore, it is not surprising that a vulnerable individual with facial acne may develop significant psychosocial disability. Many patients with acne have problems with their image and interpersonal relationships. The effects are exacerbated by teasing or sarcasm, criticism of others, and feeling left out.10 Embarrassment is often a prominent response of acne patients. They usually experience social anxiety and may generally avoid activities that draw attention to their condition.11 These feelings are often related to the fear of criticism of their face, and the social ideal of perfect skin makes their appearance the most important factor. .10 Teens with acne feel uncomfortable and avoid eye contact, grow their hair long to cover the face, and girls often use makeup to minimize the appearance of acne.12 Studies have shown that acne can significantly influence her choice of clothing in teenagers with acne.13,14

Effects of acne depending on severity

The relationship between acne severity and the emotional distress it causes is poorly understood.15 A student study showed that acne patients experienced worsening of their disease during exams. An increase in acne severity was significantly associated with increased levels of stress (p < 0.01).16 A recent questionnaire-based study conducted among 1,560 adolescents in Greece found a positive correlation between acne and stress. self-reported by respondents (P <0.0001) .13

It is generally considered that there is a linear relationship between the clinical severity of acne and the deterioration of quality of life. However, this worsening also depends on a person's ability to cope with the various problems as there are people with an objectively minor acne problem who may experience severe subjective dysfunction, greatly affecting their quality of life.17 Thus, acne can to have a major impact on patients' lives, often independent of its severity. 18

THE severe acne it is associated with increased depression, anxiety, poor self-confidence, and poor self-esteem.19,20 Psychiatric symptoms are more common in more severe acne and in the advanced stages of adolescence.21
Acne is linked to an increased risk of depression, anxiety and suicidal tendencies, and there are some interesting gender differences.
It has been suggested that patients with moderate to severe acne suffer from poor body image, low self-esteem, social isolation and activity limitation. As an emotional impact, increased levels of anxiety, anger, depression, and frustration are also reported.27 In a study of 615 school-aged children with acne, adolescent girls were found to be more vulnerable than boys to the negative psychological effects of acne, and levels of anxiety were higher .27 Considering the fact that acne causes psychological pain, it can also affect the social, professional and academic performance of adolescents.
In addition, suicidal ideation (approximately 6% -7% in acne patients) and suicide attempts related to the negative psychosocial effects of acne have also been documented.28,29 A study involving 480 patients with various skin diseases revealed that the highest incidence of depression and suicidal ideation was found in patients with severe forms of acne and severe psoriasis, while patients with mild and moderate forms of acne were at the same levels as people suffering from atopic dermatitis, moderately severe forms of psoriasis and alopecia areata.30
Acne negatively affects quality of life, and there is not always a correlation between the severity of acne and its impact on quality of life. The magnitude of anxiety and depression is proportional to the degree of impairment of quality of life due to acne.25 Patients with greater social sensitivity experience poorer quality of life compared to other patients with the same severity of acne.32 Anger, similarly, is associated with poorer quality of life and less satisfaction with treatment, independent of other variables.33
Studies on the psychosocial impact of acne have documented dissatisfaction with appearance, embarrassment, self-esteem, and lack of self-confidence in acne patients. Social dysfunction has also been observed, including concerns about social relationships with the opposite sex, public appearances, interacting with strangers, and professional opportunities.21,35,39 In addition, acne is associated with anxiety, depression,40 feelings of anger33 and reduced body satisfaction.41 It has been shown to be negatively associated with the intention to participate in sports and exercise, perhaps as a result of the fear experienced by acne patients of the criticism they will receive from those around them.13 In a study among students in Scotland, 10% avoided swimming and other sports because of embarrassment caused by acne.17 Acne has also been shown to negatively affect school and extracurricular activities.13 , 17 Self-esteem issues are also likely to underlie the highest rates of unemployment among acne patients, however there is also a bias according to which patients people with acne are more likely to be rejected by a prospective employer.42 there are also studies that report that up to 20% of teenagers with acne face problems forming relationships because of their acne, 12 or express concerns about socializing, their appearance in public places and their contact with the opposite sex.44 Acne and the effects it causes on the appearance and therefore also on the self-confidence of the patients seem to be related to the depression, social withdrawal and anger they experience. 38.45

It can create a vicious cycle: it is not only acne that can lead to emotional distress, but the stress caused to an acne patient can worsen the skin condition itself at a time when patients are less able to face extra stress.42,46
During adolescence, the incidence of acne increases with age and growth. In girls, the onset of menstruation is associated with an increased incidence of acne.26 The only relationship between gender and acne in the literature is that quality of life and sexual satisfaction worsen in women with PCOS and acne.50
The effect of acne on a particular patient is not always easy to quantify clinically. It has been reported that both women and men find the effects of acne on appearance to be the most bothersome aspect of their disease, and the negative effects of acne occur in both older and younger patients.51 Even mild acne can can be a significant problem for some patients, worsening their quality of life and, in some cases, their social functioning.44,52

Reduction of psychosocial effects of acne
Acne is not an insignificant disease compared to other chronic diseases.53 Even if acne is not associated with severe morbidity, mortality, or physical disability, it can nevertheless have significant psychological and social effects.54 Reducing the psychosocial impact of acne is considered a from the guiding principles for its clinical management. 37,38 Effective and safe treatments for acne are available today, but there are still many who do not consider acne a problem that needs to be treated.55 All of the above effects of acne highlight the importance of prompt and proper treatment as well as psychiatric control and of supporting acne patients. The improvement of acne after appropriate treatment has been shown to lead to increased self-esteem, self-confidence and social functioning.

The social, psychological, and emotional harm that can result from acne, especially in its more severe clinical forms, has been reported to be similar to that associated with epilepsy, asthma, diabetes, musculoskeletal pain, or arthritis.41 ,47,53,56-58 Patients may be more prone to depression, anxiety, social withdrawal, and anger, not to mention that acne scars can lead to lifelong self-esteem problems.44